The systems were created by both public and private Ukrainian defense companies.

With a 25 m wing span, the "TA-1 Strategic Unmanned Aerial Vehicle" might be the biggest representative of the Ukrainian military technologies industry at this exhibition. Manufactured by the Antonov State Enterprise aeronautics company. The vehicle is designed for all-weather reconnaissance, observation, terrestrial targets attack, and relay communication.

The "UJ-22 Airborne" UAS (Unmanned Aircraft System) is used to deliver any kind of payload, be it an explosive or medicine. This aircraft can also carry another kamikaze-drone (loitering munition) "UJ-31 Zlyva" that is designed for the destruction of immobile ground and waterborne targets. The package of loitering munitions includes 10 units, tools, protection boxes, and documents. Both products were constructed by SPE (Scientific‑Production Enterprise) "UKRJET" company.

Some of the Ukrainian representatives are no newbies at the UMEX 2022 exhibition. These "Leleka-100" UAVs participated in the event in 2020. This fixed-wing electric drone realizes the conception of automatized control during the whole flight, which makes the job of an operator much easier. It allows focusing attention on the analysis of information that comes from the UAV rather than operating it manually. The Armed Forces of Ukraine have already inducted these drones. The Ukrainian "leleka" stands for "ciconia", more information on the "DeViRo" company website.

"Spaitech" company decided the present a multicopter complex, along with common plane-type technologies. Due to the design based on propellers, the "Windhover" needs very little space to take off and land.

It can be used even inside a building. However, it has less flight duration and speed than an average winged unmanned aircraft.

The other companies that will present their newest developments are:

The full list of participants and their products can be found here.

Ukrainian technologies are not just for show. Some of them are already used by Ukrainian Army to counter Russian forces in temporarily occupied Donbas (Eastern Ukraine), while others prove their effectiveness abroad. Defense Express covered the combat capabilities of "SOKIL-300" earlier, so we don't provide an overview on it here. Also, here is the analysis of another UMEX-2018 participant, which was not enlisted this time. And if you are interested in a deeper view of the Ukraine-Turkiye co-operation in the UAV field, here is the interview with Haluk Bayraktar, CEO of the Turkish "Baykar Defense" company.

The UMEX 2022 is an event dedicated to drones, robotics, their components, and unmanned systems. The conference will take place on February 20 and the exhibition – on Feb. 21–23 in Abu Dhabi, United Arab Emirates. Held since 2015, this is the fifth exhibition that showcases the Middle East and North Africa region's industry-leading and growing unmanned systems segments.

It also provides a professional platform for manufacturers to meet operators and establish lucrative business relationships while promoting the defense, environmental, civil, and humanitarian benefits of unmanned systems. More information on the website of the event. 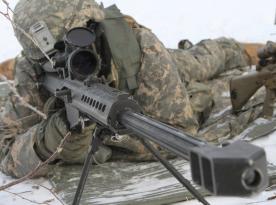