President Joe Biden warned Thursday morning, February 17, a Russian attack on Ukraine could begin in the coming days, casting a new incursion into the country as all but certain and warning Moscow could stage events in the lead-up to generate a pretext for war. In his turn US Secretary of State Antony Blinken said Russia was laying the groundwork to justify starting a war and preparing to launch an attack on Ukraine in the coming days, urging Moscow to change course at a tense United Nations Security Council meeting Thursday, February 15

Joe Biden has stated he believes Russia is on the brink of invading Ukraine, as he joined NATO allies in warning that shelling in the disputed east of the country may be an attempt to set up the pretext for an incursion.

"It's very high," Biden said when asked by CNN's Jeremy Diamond how high the threat level is for a Russian invasion of Ukraine.

He also told reporters: “Every indication we have is they’re prepared to go into Ukraine, attack Ukraine … My sense is it will happen in the next several days.”

U.S. President Joe Biden also told reporters that the U.S. believed Russia was “engaged in a false flag operation to have an excuse to go in.”

At the same time, Speaking at the U.N. Security Council on Thursday, U.S. Secretary of State Antony Blinken warned that “this is a moment of peril for the lives and safety of millions of people.” – CNBC reports.

He added that U.S. information clearly indicated that Russian forces were preparing to launch an attack against Ukraine in the coming days, emphasizing that Moscow “plans to manufacture a pretext for its attack.”

“This could be a violent event that Russia will blame on Ukraine, or an outrageous accusation that Russia will level against the Ukrainian government,” he said, noting that a staged military strike against civilians could be one of the methods the Kremlin uses to achieve this end.

Blinken also said that if Russia launched an invasion, its tanks and soldiers would be likely to advance on key targets including the Ukrainian capital, Kyiv, which has a population of 2.8 million people.

The same day NATO Secretary General Jens Stoltenberg made a statement that Russia is trying to stage a pretext for aggression against Ukraine, making disinformation efforts. At the same time armed formations of the Russian Federation violated the ceasefire in the Joint Forces Operation (JFO) area in eastern Ukraine 60 times, including 43 attacks with the use of weapons banned under the Minsk agreements.

As reported Biden would meet with the leaders of Canada, France, Germany, Italy, Poland, Romania, the U.K., the EU and NATO today, on Friday, Fabruary 18, to discuss the crisis in Ukraine. Russian and American officials are expected to meet next week. 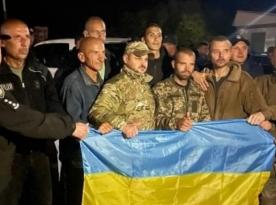