On May 17, the strike aircraft of the Air Force of the Armed Forces of Ukraine struck at the company's tactical groups, areas of concentration of equipment, manpower and ammunition depots of the enemy.

"The air defense of the Ground Forces hit ten drones of the operational and tactical level. Another UAV and four cruise missiles were destroyed by anti-aircraft missile units of the Ukrainian Air Force," the statement read.

In general 15 air targets of invaders were shot down during the day - 11 unmanned aerial vehicles and 4 cruise missiles.

As Defense Express reports Ukrainian troops acting as a part of Joint Forces Operation (JFO) Group continue to conduct a defense operation in a certain area of responsibility in the Donetsk and Luhansk areas. The situation is difficult, but controlled. The Ukrainian military have repulsed 12 enemy attacks in Donetsk and Luhansk Regions Tuesday, May 17.

As Defense Express reported Ukraine to get at least two companies of T-72 tanks thanks to agreement between Czechia and Germany.

Read more: US Successfully Launched Hypersonic AGM-183A ARRW Missile From B-52 Bomber: What Conclusions Can Be Drown From Three Previous Failures 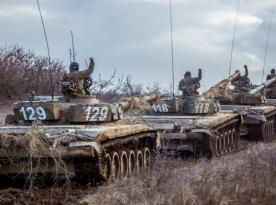