As Army Recognition notes, the signing means that the Lithuanian Armed Forces will join the same Carl-Gustaf framework agreement as Sweden, Estonia, and Latvia. Lithuania has been a user of the Carl-Gustaf system since the mid-1990s.

“It’s a great milestone to have Sweden and all the Baltic countries in the same agreement for the Carl-Gustaf system. Now we look forward to delivering this ammunition and providing Lithuania with the fantastic Carl-Gustaf M4 system,” Görgen Johansson, head of Saab’s business area Dynamics.

Since the Carl-Gustaf M4 launch in 2014, Saab has signed contracts with fourteen different nations for the system. The wide range of ammunition provides extreme tactical flexibility, ready for any combat situation, delivering faster engagement, increased hit probability, and greater effectiveness.

The Carl-Gustaf M4 (CGM4), also called M3E1 in the U.S. Army, is the latest generation of multi-role anti-tank weapon systems in the family of Carl-Gustaf developed and manufactured by the Swedish company Saab. The key characteristic of the Carl-Gustaf M4 is to offer a multi-role weapon for modern infantry.

The Carl-Gustaf M4 system is able to fire a wide range of 84mm caliber ammunition including anti-armor, anti-structure, multi-role, anti-personnel, and support rounds. The ammunition used with the Carl Gustaf M4 has an effective range of up to 400 m against tanks and 700 m against buildings and stationary targets. Some types of ammunition have a rocket booster to extend the range to up to 1,000 m.

As reported, Ukrainian forces on the Donbas battlefield began fielding Lithuanian-supplied countermeasures against UAV attacks and United States and NATO alliance members working over supplying Stinger missiles to Ukraine in addition to the American military assistance that is already flowing to Kyiv. The United States would in 2022 also begin delivering armed patrol boats Mark VI to Ukraine to help the country’s Navy enhance its presence in the Sea of Azov. 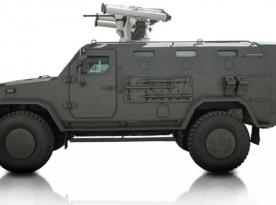 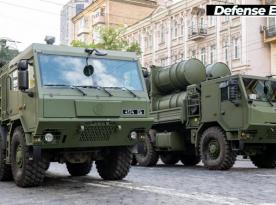