Hostile acts of Russia urged a quick response of the Ukrainian defense industry. So, within a short period of time, new weapons have been developed and put in mass production in Ukraine capable to neutralize the enemy's quantitative advantages both on land and sea. One of such weapons is the RK-360MTs Neptun coastal anti-ship missile system designed by the Luch Kyiv State Design Bureau under the guidance of its General Designer and Chief Executive Officer Oleh Korosteliov.

Products designed by Luch are well known globally. They include high-precision means of destruction, guided antitank missiles of various classes, highly upgraded multiple rocket launchers and cruise missiles. Such weapons are supplied to the Armed Forces of Ukraine and sold to foreign customers.

Importers of such technologically advanced weapons "made in Ukraine" and partners in the creation of new joint solutions include more than twenty countries in various continents, among them Belgium, Poland, Saudi Arabia, Morocco, Georgia, Azerbaijan, Jordan, Turkey, Qatar, Pakistan. And this list is constantly expanding. Our new partners include countries of the Indo-Pacific region.

Neptun. Path to the production sample

The RK-360MTs Neptun coastal missile system was developed within a short period of time, first of all, due to over 30 year experience of the Ukrainian Luch Design Bureau in the creation of comprehensive high-tech military systems and missile weapons.

Combination of the potential and integrated role of the Luch State Design Bureau with capabilities of other leading companies of the national defense industry were a fundamental pillar to cope with a challenging problem amid limited financial resources and time constraints.

Only Ukrainian companies were engaged in the development and production cooperation, in particular: Orizon-Navigatsiya, Impuls, Vizar, Arsenal Central Design Bureau, Radionix, Telekart-Prylad, UkrInnMash, Motor Sich OJSC. However, Czech Tatra recently joined them with its vehicle chassis to replace the chassis of the Ukrainian KrAZ.

The RK-360MTs Neptun coastal missile system was put into service of the Ukrainian Armed Forces in 2020. The final stage of the official tests was arranged on 17 June 2020 at Alibey State Test Site of the Armed Forces of Ukraine in Odesa province with a successful hitting of a surface target with two new R-360 cruise missiles.

"The tests were conducted in a real radio interference environment for the missile homing head and with the involvement of aviation (Su-27 aircrafts)", the General Staff of the Armed Forces of Ukraine communicated at that time.

It was critically important to demonstrate capability of the system to function under simulated combat conditions, where the enemy uses jamming electronic countermeasures against target acquisition and guidance systems. Entry of the system into service was actually an endorsement that the RK-360MTs Neptun coastal missile system meets all the requirements of a modern combat.

The new armament was firstly welcomed by the Naval Forces of Ukraine that prior to the appearance of Neptun had no possibility to destruct enemy sea targets at a great distance from the coastal line of two seas in the south of Ukraine.

The commander of the Naval Forces of Ukraine, rear-admiral Oleksii Neizhpapa declared that the new system engineered by the Luch State Design Bureau is a real breakthrough.

"I headed the acceptance board and personally managed the process of launching the missiles (R-360), and I know this system quite well. It is a good system. It is a breakthrough in the missile engineering in Ukraine", the commander of the Naval Forces of Ukraine emphasized.

"The tests showed that nothing prevents the system to hit more than one target simultaneously. The weapon is clearly effective, and the major challenge now is to receive Neptuns as soon as possible and to use them seamlessly and competently", he added.

From the first appearance of a photo of the R-360 Neptun missile in 2015, the Kremlin propaganda started a mass information attack in an effort to discredit the development of the Ukrainian cruise missile which is actually a core element of the ground anti-ship system.

Russian experts and various periodicals began to disseminate a myth of similarity of R-360 missile with the Soviet prototype H-35 which is now in service in the Russian Army as part of the Bal system. They say it is just a copy and there's nothing to worry about. Since a copy is worse than the original. But their hysteria is easily understandable.

Kremlin should have invented something to explain to its people how Ukraine managed to create in several years something which took USSR 20 years, i.e. the period of time spend for the creation of H-35. And its integration to the coastal defense system took the Russian Federation another 10 years.

"All anti-ship missiles are built according to the similar design. They have a booster that should accelerate the missile after its launch, and then a sustainer engine is started.

All of them are built based on a common aerodynamic configuration: wings at the front, fins at the rear, since such solution is the most advantageous, tried and tested. But in fact, all missiles are absolutely different, they have different homing heads, engines, body parts, radio altimeters…

The set of drawings for a missile is always unique. And Neptun is also a unique missile of in-house design", Oleh Korosteliov, General Designer and Chief Executive Officer of the Luch State Design Bureau emphasized in an interview for Defense Express.

Another myth of Kremlin asserts that Ukraine is not capable to produce Neptun in large quantities, they say that the missile is allegedly assembled in single samples for demonstrative launches only. Manufacturing capabilities of the Ukrainian defense industry are more than adequate for the accomplishment of that mission.

Orders for mass production from the Naval Forces of Ukraine refute that assertion of the Kremlin propaganda. And potential capabilities of the companies engaged in the cooperation allow to produce such products both for the Ukrainian Army and for export customers.

"The technology cycle of the manufacture of a Neptun system is nine months. Three months for the procurement of all materials and components, another three months for the manufacture and yet another three for all tests both of individual parts and of the product as a whole. So we can deliver a mass-produced division set within 9 or maximum 12 months", Oleh Korosteliov, General Designer and Chief Executive Officer of the Luch State Design Bureau evaluates the manufacturing potential of the company.

Capabilities and Operating Principle of Neptun

The Neptun system (RK-360MTs) can destruct surface targets under visual and instrument meteorological conditions, at any time of day and year, amid active counterfire and electronic countermeasures of the enemy. The shooting range of the Neptun system is 7 to 300 km. Deployment time in a new position is less than 15 minutes. Distance of the launching position to the coastal line is max 25 km.

Capabilities of the Neptun project are easily understandable not only to the Armed Forces of Ukraine, but to foreign customers of such armament. The Ukrainian Neptun anti-ship ground-based system with the R-360 cruise missile offers some important competitive advantages:

1. In terms of cost-effectiveness, combat capabilities of the Ukrainian R-360 anti-ship missile are on a par with missiles of leading world manufacturers (USA, Sweden, China, Russia). And the cost of the Ukrainian solution will be more affordable for customers. The use of only Ukrainian components, assemblies and high-tech solutions (e.g. homing head, flight control system, engines, etc.) as part of the system and of the missile minimizes dependence of supplies on the position and policy of third countries.

4. The anti-ship cruise missile is versatile and can be used on ground-based, sea-based and airborne platforms. Such projects are being developed in Ukraine, among other things, for the Su-24M frontline bomber and sea-based platforms. 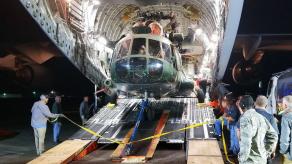 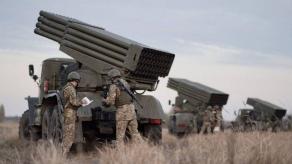 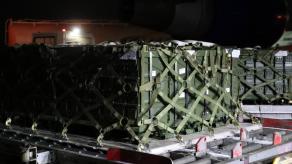