Initial Shipment of Additional Security Aid from U.S. Government has Arrived in Ukraine

“A shipment of additional security assistance from the US Government has arrived in Ukraine. In addition to the previously agreed amount of $ 250 million, Ukraine receives medical equipment, armaments, necessary ammunition, precision weapons, and search radars worth another $60+ million from American partners,” the press office for Ukraine’s Ministry of Defense has reported.

The M430A1 HEDP is a high-velocity 40x53mm high-explosive dual-purpose grenade, which can penetrate three inches of steel armor and fragmentation of the projectile body makes it suitable for use against infantry as well.

“The delivery will be shipped in several consignments, one of which arrived on October 10, at the Boryspil International Airport,“ the Ministry of Defense reported on its official website.

“The coming two weeks will see the arrival of pre-agreed shipments that will include medical supplies only, comprised of five field hospitals, equipment for surgical teams, mobile field X-ray systems, as well as tactical first aid bags, worth total approx $20 million,” the website says.

“The provision of additional security assistance from the US Government to the Armed Forces of Ukraine is yet another testament to the inviolable strategic partnership between our sta-tes,” the Defense Ministry said.

The United States has committed more than $2.5 billion in security assistance to Ukraine since 2014. 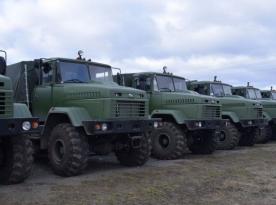 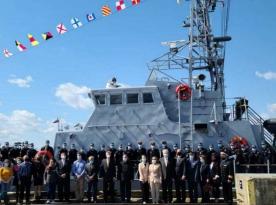