British Army Vehicles are Transforming Into Ambulances for Ukraine

The vehicles, which include Pinzgauers and Snatch Land Rovers, still have the sand and dust from their deployments to the likes of Afghanistan and Iraq but in short time they are due to serve as ambulances in Ukraine helping defenders and civiliance and saving their lifes

Due to high mobility and good armor a number of military vehicles will be switched to the role of ambulance to be applied in the war against russia and help wounded defenders.

The vehicles, which are no more in service of the British Armed Forces include Pinzgauers and Snatch Land Rovers.

Shortly after they’ve been applied in Afghanistan and Iraq, a British businessmen has set up a project to turn them into ambulances to be used on the front.

Until recently, the vehicles were sitting idle, waiting to be scrapped or sold on - but now, a Royal Engineer-turned-businessman Oliver Nort with his Goole-based emergency vehicle manufacturer, Venari Group, has started a project to refit the equipment in response to the Ukrain-russia war.

Find the story how disused British military vehicles are being given a new role as ambulances for Ukraine in a video by Force News.

The Ukrainian Embassy in London contacted Venari’s CEO, Oliver North, through Goole MP Andrew Percy on the mid March, and following a thorough assessment, the manufacturer was instructed to commence work in a week on Friday 25th March.

The ambulances are being built on former British army vehicles and are now being comprehensively stripped, overhauled, modernised and converted into ambulances by Venari’s highly skilled team, who are working 24 hours a day – throughout the weekend – to speed up production time. 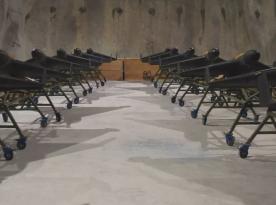 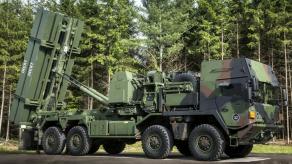