Russia Radically Changed the Location of Forces In Ukraine. How Many russia’s Battalion Tactical Groups In the Kherson Direction Now

The russian occupation army has radically changed the location of the battalion tactical groups in Ukraine, this conclusion can be drawn from the analysis of russian forces by Def Mon Twitter user.

So, if earlier russia had the most battalion tactical groups in the Donetsk direction (there were 32 BTGs, as of August 5, down to 15 BTGs) and Izium directions (there were 30 BTGs, now up to 20 BTGs), now the main russian forces are located in the south of Ukraine.

Overall, the enemy located 66 of their BTGs there, the most are in the Kherson direction: on the left bank there are 27 BTGs (previously there were 4 BTGs), on the right bank the number of BTGs increased from 13 to 22 BTGs. In the Zaporizhzhia direction, the number of BTHr also increased: from 11 BTGs to 17 BTGs.

Def Mon also notes one interesting thing related to one logistical trap for the russian occupiers: "If the Armed Forces of Ukraine gather troops north of Kherson and decide to retake the east, the russian federation will have a much greater distance to fight back, so they may face problems in this direction. But they, in turn, can counterattack in the direction of Mykolaiv."

At the same time, Defense Express notes that due to the presence of high-precision weapons in the southern direction, which strikes all the bridges and warehouses regularly, the enemy risks own 22 battalion tactical groups in case of Ukraine’s military counterattack. 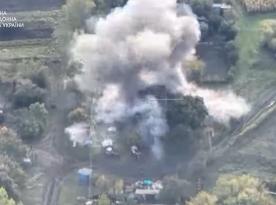 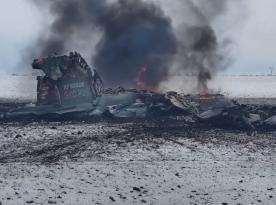