The russian propaganda news agency RIA Novosti has published footage of Iskander missile launchers that have their positions near the border with Ukraine and are aimed at the Kharkiv region, Ukraine.

As reminder: Defense Express reported earlier that Iskander mobile short range ballistic missile systems have been spotted deployed to a Ukraine-bordering area outside of the city of Voronezh.

According to the Defense Blog, these Iskander missile launchers have been equipped with special camouflage systems that can reduce the amount of heat emitted by an object and change the shape and size of its visual or radar signature.

The enemy uses such camouflage primarily so that Ukrainian reconnaissance drones cannot "find" it (for example, the Bayraktar TB2 is able to see the target at a distance of 50 km).

So, the occupiers are very afraid of losing their Iskander mobile short range ballistic missile systems and hide and cover them with everything they can.

For example, we previously said that the racists were afraid that Iskanders in belarus would be the next after Belgorod they finally decided to cover the positions of their “Iskander” (NATO: SS -26 “Stone”) short range ballistic missile systems with the help of S-300 (NATO: SA-10) long-range SAMS.

Find out how a Ukrainian-made "Neptune" missile system caused fatal damage to "Moskva". And here is also the insight into Ukraine's defense sector program which allowed this victory to happen. It should be noted that US was surprised by “Neptune” a.k.a. “Moskow-Killer” Anti-Ship Missile. 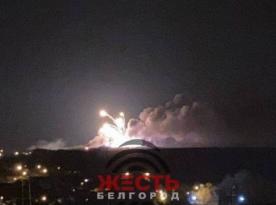 Russia has Announced Damage from the Explosions near Belgorod, blamed the Armed Forces of Ukraine and Began to Mumble about Humanitarian Law 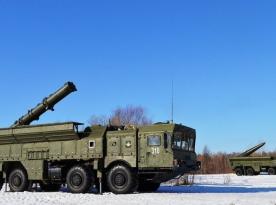 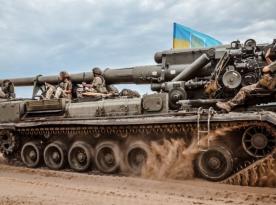 Which Artillery Systems Does Ukraine Need from NATO