One of the four enemy military bases in the temporarily occupied city of Melitopol, Zaporizhia region was destroyed by Ukrainian Armed Forces

According to the Mayor of Melitopol Ivan Fedorov post in a Telegram, tonight, the Ukrainian Armed Forces destroyed one of the four military bases of the Rashists. "They launched more than 30 strikes exclusively on the Russian military base", he wrote. Fedorov also added that a large flow of Melitopol's residents for evacuation is expected.

"Our task is to help accommodate people who want to move to Zaporizhia," he added.

Read more: 130 Days of the War: Russian Casualties in Ukraine

On July 2, thanks to Ukrainian resistance forces, an armored train with ammunition of the Russian troops derailed, Fedorov said.

"At the moment, the occupiers are trying to make provocations that there was shelling of peaceful areas, the civilian population was affected, and the city infrastructure was destroyed. This did not happen! The Ukrainian Armed Forces are doing all to return peaceful life and Ukrainian statehood to Melitopol. All that the occupiers can do is flee from our city," he added.

The city has been under Russian occupation since the end of February. 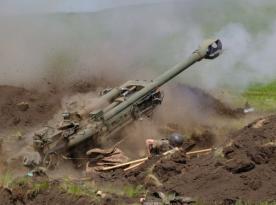 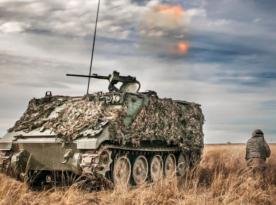 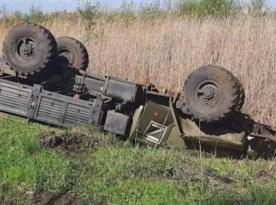