Morocco is close to reaching an agreement with Ukraine on the procurement of a squadron of mine-resistant ambush-protected (MRAP) Varta vehicles from Ukrainian Armor, in favor of the Royal Moroccan Army

Sources close to the discussions say that the vehicles were intended for the border patrol and Morocco's light infantry division in Western Sahara. The exact number of vehicles under consideration remains unknown, but it is thought to be at least a dozen, noted in a statement by TacticalReport, Defense Express reports.

The MRAP Varta from Ukrainian Armor company is an armored personnel carrier (APC) that offers a range of functions. It is mainly used for transporting personnel or delivering ammunition and military equipment, but can also serve as a command-and-staff vehicle, a medical vehicle for evacuation of the injured, or a mobile mortar complex. Other uses include patrolling, intelligence gathering, and escorting other vehicles.

Specially designed to operate in difficult road conditions, the vehicle is equipped with a reinforced suspension and technology that allows damaged tires to function for up to 50 kilometers off-road. Sources close to the discussions say that the vehicles were intended for the border patrol and Morocco's light infantry division in Western Sahara.

Negotiations on Ukraine-Morocco cooperation date back to at least December 2020, when the Moroccan delegation arrived in Ukrainian Armor technical base in Novi Petrivtsi to inspect the offered products. According to the Ukrainian Armor's report, the delegates, headed by Colonel Brahim Hammouchi, were demonstrated MRAP Varta and SAV Novator, 60 mm, 82 mm, and 120 mm mortar launchers and ammunition, as well as the ZU-23 AD system.

"The representatives of Morocco showed interest in arms and vehicles. We continue negotiations that, hopefully, will soon escalate into a long-term cooperation," said Vladislav Belbas, Ukrainian Armor Director-General.

The event was facilitated and organized by State Enterprise “Specialized Foreign Trade Firm “PROGRESS”, the official exporter/importer of military goods and services in Ukraine.

The achievements of the Ukrainian defense-industrial sector also include cooperation with other abroad partners. Recently, Ukraine and Turkiye signed an agreement enabling the production of Bayraktar drones in Ukraine. Also, a state plant in Kherson is building a floating dock for the Turkish company Hidrodinamik Shipyard. Meanwhile, Ukraine continues to receive ammunition and equipment from NATO countries. 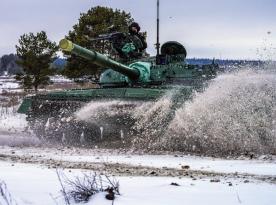 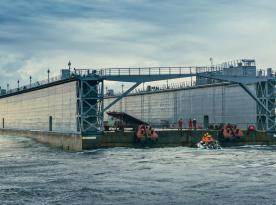 ​Ukrainian Plant to Build a Floating Dock for Turkiye 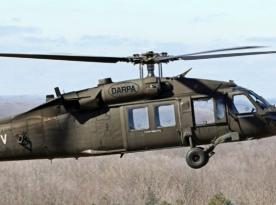