Now the summer will be really hot for the occupiers, says the Minister of Defense of Ukraine Oleksiy Reznikov

American HIMARS MLRS have officially arrived in Ukraine. The Minister of Defense of Ukraine Oleksiy Reznikov announced this on his Twitter account.

"HIMARS have arrived to Ukraine. Thank you to my American colleague and friend Secretary of Defense Lloyd J. Austin III for these powerful tools! Summer will be hot for russian occupiers. And the last one for some of them," Reznikov wrote.

Details of the supply are not disclosed, but it can be argued that it is the transfer of the first batch of four vehicles, which were previously located near Ukraine and which were used to train gun-crews for the Armed Forces of Ukraine.

At the same time, as previously reported, the training of the first team was to end by June 15, and the arrival of American MLRS in Ukraine was expected by the end of this month, so we can conclude that our US partners delivered these systems to Ukraine in time. And we hope that soon we will see how these MLRS "treat with fire" the russian occupation army. 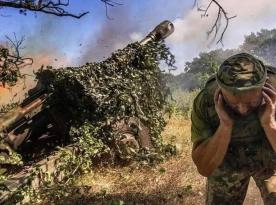 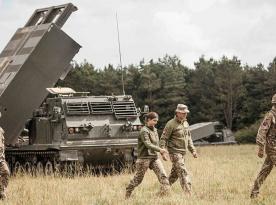