The Armed Forces of Ukraine are actively using the Czech 122-mm RM-70 multiple rocket launcher already and the increased number of videos shot by Ukraine’s fighters is the evidence of that.

The information that these vehicles got to the Armed Forces of Ukraine appeared about a month ago, however, no further information was provided regarding the number of vehicles or their modification.

Even though the rocket caliber of RM-70 and BM-21 is the same, the Czech multiple rocket launcher has some peculiar advantages.

First of all the chassis, which has been switched from Ural-375 to Tatra 813 in the 60-70s. Simply replacing the chassis with a full-fledged 8x8 high-throughput with a better engine has already given obvious advantages.

And most importantly, it allowed to place a system of automatic charging of the entire payload. To do this, between the cabin and the guides there are additional 40 missiles. To reload the payload, the launcher is rotated 180 degrees and the new shells are pushed by the hydraulic system. The time of such recharging takes a few minutes, while the manual charging of BM-21 easily takes an hour.

It significantly reduces the interval between volleys, which is extremely important during modern counterbattery combat. 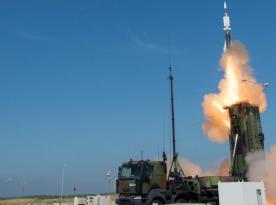 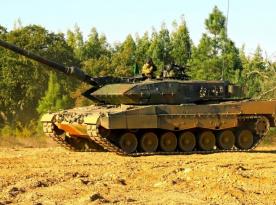