Read more: ​What is the russian Experimental Merlin-VR UAV, That Was Shot Down by the Ukrainian Military on Wednesday

According to the intelligence, the key element of these programs – the production of the satellites themselves – has halted because of lack of cruial components, both of domestic and foreign manufacture. These are electronics for the space modules.

As a result, the scheduled terms for tests of all these projects have been postponed:

Defense Intelligence notes, that this is the direct result of international sanctions imposed on russia and the "ISS Reshetnev" in particular since it started an all-out invasion of Ukraine. The Ukrainian intelligence service also predicts that shortly, more branches of the russian economy will suffer from the sanctions' effects.

Defense Express would like to add that in fact this is not the first blow russian satellite-making industry has taken from sanctions. As outlined in a report by a russian space analyst, issued by a US-based CNA organization, the Sfera project satellite was initially expected to take off to space in 2018. However, the 2014 occupation and subsequent annexation of Crimea by the russian federation led to the first round of sanctions.

It forced the russians to push the start of satellite assembly to 2019, and the expected launch into space to "at least 2021". In 2018, the russian Yaroslavl Radio Plant boasted it had "inaugurated the new 3.5-billion-ruble facility for the assembly of payload modules for new-generation communications satellites in August 2018," and they would be setting up the production line soon. As noted in the report, this bold announcement indicated that the problem with the supply of foreign components for the Sfera project was "approaching a resolution."

However, now we can see that russian space industry entered a new era of even tougher sanctions which hinder their ability to acquire modern satellite systems for the military. In the meantime, Ukrainian forces receive satellite data from its allies and even have their own SAR satellite from ICEYE.

Read more: ​'Our Military and Intelligence Weren’t Hiding Their Joy' When They Got ICEYE Satellite, Defense Minister Says 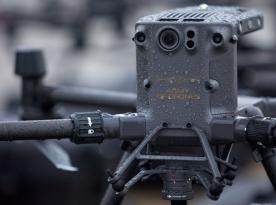 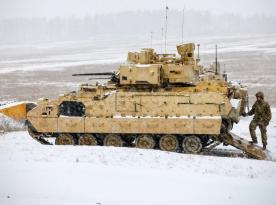