The PD-1 is designed to perform aerial surveillance and search and rescue missions -- in all weathers and at all times of the day.

From the time the first sample was released in 2015 till this day, the PD-1 system remains to be comprised of 4 integral components: a minibus for transporting the UAV platform and associated equipment; UAV platform with an internal combustion engine; gyrostabilized EO/IR gimbal, and a ground control station.

Initially developed in a fixed-wing configuration, the PD-1 was designed to be catapult launched or needed a runway to take off and land. But this has now been updated to conform to current trends in UAV technology development. An upgraded and updated configuration, the PD-1 VTOL was unveiled at the Arms & Security Exhibition held in Kyiv in October 2018. The upgrade features additional electric motors in easily swappable modules to enable a helicopter-style takeoff method to be employed as needed. At this stage, a VTOL capability has been added to enable the drone to take off like a quadcopter. The PD-1 can be reconfigured from fixed-wing to VTOL flight in just 15 minutes, UkrSpecSystems says.

Due to its modular design, where modules are secured together using Fastlink locks, the PD-1 does not need any tools to assemble or disassemble. This allows it to be easily and quickly reconfigured for different missions by swapping airframe and payload modules in an out as needed.

Rated for payloads of up to 8 kg, the PD-1 can endure flight durations from 7 to 10 hours depending on the payload package carried.

High-resolution still images and video sequences can be obtained with a 30x optical zoom EO camera and IR imaging camera sensors integrated in a gyro stabilized gimbal. With this high zoom capability in place, sharp and clear images can be captured from up to 3,000 meter-high altitudes. The UAV platform is fitted with image stabilization to reduce blurring associated with the motion of the camera during exposure to wind and turbulence.

The PD-1 drone has an autopilot function enabling it to fly fully autonomous missions following a preprogrammed flight path, even in the absence of GPS connectivity. It has seen operational use in real-world combat situations in Eastern Ukraine’s Donbas Theater of operations, where it proved its excellent ECCM performance. 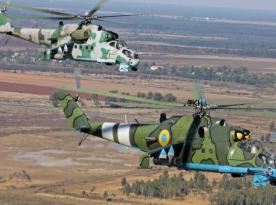 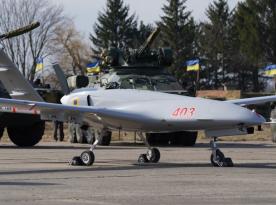