The two hundred-seventh day of the heroic resistance of the Ukrainian people to a russian military invasion continues. Ukraine’s troops continue their efforts to liberate russian-occupied territories, to inflict losses on enemy

According to updated information, when the occupiers were retreating from Kharkiv region, the units of the 11th army corps of the Baltic Fleet of the Armed Forces of the russian federation lost more than 50% of their personnel and more than 200 units of military equipment.

In addition, the 64th separate motorized rifle brigade of the eastern military district lost more than 90% of its personnel in the killed, wounded, deserters, and those dismissed as a result of refusing to participate in hostilities.

That is according to the Ukraine’s General Staff operational update on the state of warfare as of 06.00, on September 18, 2022.

As the update states, The occupiers suffered significant losses when they attempted to assault the Ukrainian positions in Avdiivka direction. According to the available information, more than 30 people from russia’s 1st army corps are admitted to the medical facilities every day. The occupying power is trying in every way to restore the fighting capacity of units that have suffered losses.

According to Ukraine’s General Staff operational report, over the past day, Ukrainian aviation struck 13 areas of enemy manpower and equipment clusters and three positions of anti-aircraft missile systems. In addition, the Ukrainian air defense units shot down five UAVs and one Ka-52 enemy helicopter.

The missile and artillery troops inflicted fire damage on more than 200 enemy objects, including 12 control points, ammunition and fuel depots, artillery positions, and areas of personnel and military equipment clusters.

As the General Staff of the Armed Forces of Ukraine reports, the enemy continues to focus its efforts on attempts to fully occupy Donetsk region, organize defense and hold the captured territories, as well as disrupt the active actions of the Ukrainian troops in certain directions. The invaders fire on the Ukrainian positions along the contact line, take measures to regroup units in certain directions, deploy reserves, and do not stop conducting aerial reconnaissance.

The enemy continues to shell the houses of civilians and civilian infrastructure objects, violating the norms of International Humanitarian Law, the laws and customs of war.

Over the past 24 hours, the russian occupiers launched six missile strikes and 28 airstrikes, more than 90 MLRS attacks at military and civilian objects in the territory of Ukraine.

The infrastructure of more than 30 settlements, including Kharkiv, Dvorichna, Kamyanka, Krasnohorivka, Novomykhailivka, Neskuchne, Uspenivka, Myroliubivka, Biliayivka, Vysokopillia, Mykolaiv, was damaged. The enemy hit civilian objects on the outskirts of Zaporizhzhia, as well as the towns of Chuhuiv and Kramatorsk, causing civilian casualties. There is still a threat of airstrikes and missile strikes throughout the territory of Ukraine.

206 Days of the War: russian Casualties in Ukraine 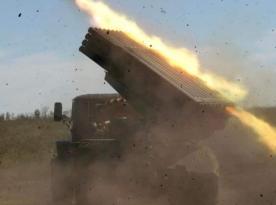