The city of Kherson on the South of Ukraine was captured by the Russians in early March, not long into the invasion. Currently, the cost of occupying this region for the Russians is only increasing. The grouping of Russian troops on the right bank of the Dnipro River is currently under threat of blockade, because Ukrainian troops are keeping the main bridges on the supply lines of the occupying forces under fire control

Why is the Ukrainian port city of Kherson so important - Glen Grant, a senior analyst at the Baltic Security Foundation, told in an interview for Forces News British specialized military source.

"It's the only regional centre that Russia actually has captured. Most of the other places have been small towns and villages," Glen Grant said.

Kherson sits in a strategic location west of the Dnipro river, which splits Ukraine in two.

"And then there's a third thing which is that the troops in the south have never been the strongest. You can see that at the moment in that most of the Russian troops there are in defensive positions.

"If they do actually take Kherson, then there are going to be an awful lot of Russian soldiers in the south." 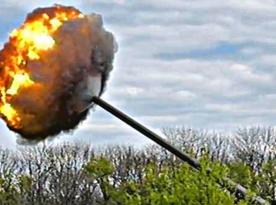