Spain Is Ready to Supply Ukraine With Leopard 2 A4 Tanks

According to the EL Pais, the Spanish government is ready to supply Ukraine with Leopard 2 A4 battle tanks, which have been in reserve at the base of the Spanish army for 10 years. Germany sold them to Spain back in 1995 as a part of a batch of 108 combat vehicles before a contract for the production of Leopard in Spain.

According to the publication, approximately 40 units of these combat vehicles should be repaired first and transferred to Ukraine. In addition, Spain offered Ukraine to train the military personnel to operate these battle tanks. According to preliminary data Ukrainian servicemen are to be trained first in Lithuania and then in Spain.

Read more: What Can Be Said About Spanish Aspire SAM that Ukraine Might Get 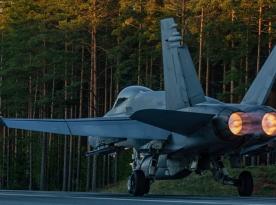