Ukrainian fighters show, that they can operate infantry armored vehicles as tank destroyers and annihilate russia’s occupants with anything they have

Earlier today, General Staff of the Armed Forces of Ukraine posted a video of duel between Ukraine’s armored infantry vehicle BTR-4 and an enemy tank.

From the video provided by Ukraine’s drone we see how the tank is being ruthlessly shot from 30-mm cannon.

Read more: South Korea Might Hand Over T-80U and BMP-3 to Ukraine

The BTR-4 ends up being a winner leaving the burning tank.

Defense Express reminds, that it’s not the first time when 30-mm cannon of Ukraine-manufactured BTR-4 breaks the armor of enemy tanks.

The video below is from encircled city of heroes Mariupol. BTR-4 annihilates everything around, including enemy BMP-1. 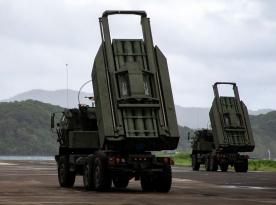