The Norwegian Ministry of Defence has said this in a statement.

Norway and the United Kingdom will cooperate on the donation of long-range rocket artillery (MLRS) to Ukraine.- We must continue our support so the Ukrainians can continue their fight for freedom and independence. They need more weapons and the MLRS is a high priority. The donation is made possible by a close co-operation between Norway and the United Kingdom, says Norwegian Defence Minister Bjørn Arild Gram.

The Norwegian MLRS are phased out and the donation will not affect our national preparedness. Initially three units will be donated.

"The MLRS is a long-range precision strike system and is a substantial contribution to Ukraine", says Gram.

The Norwegian systems will need upgraded, so the UK will receive and upgrade our pieces, to backfill upgraded British pieces sent to Ukraine. This is a great example of good co-operation between close allies, says the Defence Minister.

The Norwegian government has also decided to donate 5000 rounds of 155mm artillery shells to Ukraine, in addition to the 5000 already donated.

"It is essential to ensure that Ukraine has ammunition for the M109 self-propelled howitzers that Norway already has donated to Ukraine" -says Gram.

Read more: ​US, UK and Germany ‘Committed’ to Supply MLRS and Guided Rockets to Ukraine 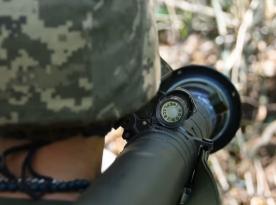 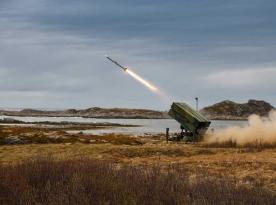