The real effectiveness of the "Stugna-P" (export name "Skif") man-portable anti-tank guided missile is demonstrated at its best in a new video of Ukrainian soldiers operating it in combat against the russians.

The video, taken by a serviceman of squad "Omega" of the National Guard, depicts how three armored vehicles out of five were destroyed while trying to breach Ukrainian defenses.

In the beginning, we can see how Ukrainian troops spotted the russian advance with surveillance cameras and a drone, which allowed the defenders to assess their forces and plans. The column is headed by a tank, followed by four infantry fighting vehicles.

It was at this moment when the column came under a Stugna-P ATGM fire from the flank. Considering the time of the missile traveling until it reaches the target, the launcher must be several kilometers away from the vehicle. At the same time, artillery fire arrives as well.

After three shots, Stugna-P left three vehicles burning in almost the same spot, though we can see another burnt vehicle nearby – likely the one featured in the video from the previous battle published in late October. 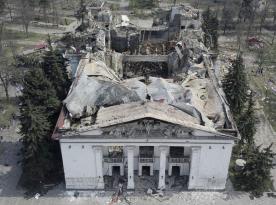 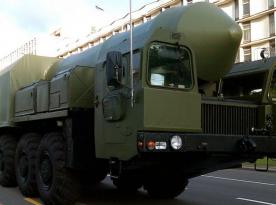