The Armed Forces of Ukraine received M-55S tanks from Slovenia, which are improved Soviet T-55

The Ukraine Weapons Tracker shared the video on Twitter, mil.in.ua reports. It’s the first video of Ukraine’s servicemen training on these vehicles, which haven’t been shown before.

Read more: ​Bulgaria Officially Approves the List of Weapons for Ukraine: What Will Change

Defense Express reminds the specifications of the tank. Instead of the D-10TS2 100mm gun, modernized Slovenian tanks received an L7 105mm gun paired with a PKT 7.62 mm machine gun. In addition, a modular turret by Rafael with a DShK machine gun was installed on the turret of the tank. Dynamic armor by Elbit System was installed on the turret, front and sides. The fire control system was improved by integrating a digital ballistic computer, and a LIRD-1A laser sensor system was installed to activate the smoke grenade launchers.

Optical devices by the Slovenian Fotona company, which were intended for Yugoslav M-84 tanks, were installed at the workplaces of the gunner, commander and mechanic-driver. The V12 engine power of the tank was increased from 520 to 600 horsepower.

Read more: ​Ukraine Receives Spare Parts for T-72B Tanks from Morocco, That Has Almost a Hundred Such Tanks 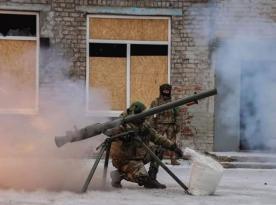 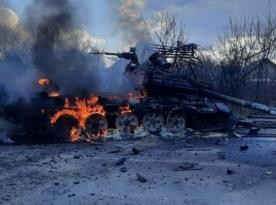