The Royal Institute of Strategic Studies (RUSI) with the participation of specialists from Ukraine published a study devoted to the first 5 months of the war against the russian federation. The authors of RUSI conducted this study in order to develop specific recommendations for the British Armed Forces.

But considering the "retrospective" nature of this work, there is a lot that is important for Ukraine to reconsider. For example, how it happened that russians underestimated the potential of the Armed Forces of Ukraine, and where the russia’s special services miscalculated in their forecasts.

Obviously, when russians tried to assess the potential of Ukraine’s Armed Forces, they tried to put themselves "in the place of the enemy" and evaluate the situation "in the enemy's camp through the eyes of the enemy."

And so russians could see the following. For example, in the Ukrainian Ground Forces until the beginning of February 2022, there was a high personnel turnover, as the salary of the military was far from desirable and did not keep up with inflation and was lower than positions in the private sector. Therefore, Ukraine’s army lacked scarce specialists.

As for Ukraine’s artillery capabilities. On the one hand, russians obtained data that the Armed Forces of Ukraine had 1,176 units of 122mm, 152mm and 203mm artillery systems and 1,680 MLRS’s of all types, a ratio of approximately 1:2 relative to the russian army.

In terms of tanks, russians could rely not only on a quantitative advantage: 2,800 units against 900 units in Ukraine, but also on a qualitative advantage (the T-64BV was still the basis of Ukraine’s armored tank fleet).

As for aviation and anti-aircraft defense, russians obtained data that Ukraine had about 60 anti-aircraft missile divisions and up to 100 combat aircraft, which was not quite enough to fully cover the airspace of Ukraine.

But then there are moments that russians did not take into account at all, apparently due to their imperial supremacy. For example, the possible number of reservists who would have to be mobilized in Ukraine in the event of a war.

Because it was probably easier for them to ignore the fact that Ukraine’s motivated fighters would want to fight. And that is why everyone as one returned to the Armed Forces of Ukraine after the full-scale invasion in February 2022.

Russians counted only the supply of shells of Ukraine’s artillery. But at the same time, russians ignored the fact that Ukraine’s gunners are working hard to improve the accuracy of their fire. In particular, by means of Kropyva system and various types of reconnaissance UAVs. Even when Ukraine’s tanks were "on paper" worse than the russian ones, Ukraine’s military worked hard on their own training.

Thus, Ukraine’s aviation had only 100 combat aircraft. But at the beginning of the war, russia’s Air Force had only about a hundred highly qualified pilots. And already this circumstance balanced the forces of the parties. In addition, Ukraine’s pilots and anti-aircraft fighters regularly practiced getting out of the enemy's missile attack, which played its role in the early hours of February 24, 2022. 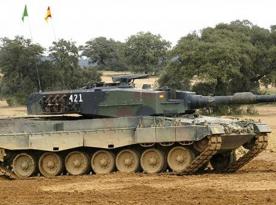 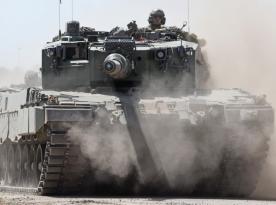 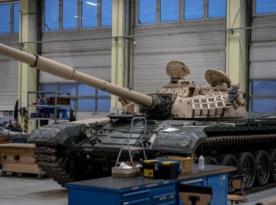