​US Military Assistance for Ukraine: Puma UAS and Laser-Guided Rocket Systems in the Batch as Mortal Mix for russian Troops

The U.S. Department of Defense has submitted a request to Congress regarding the provision of Ukraine with a new batch of security assistance worth $300 million

This, batch includes a powerful package of various weapons and equipment for the Ukrainian Armed Forces. The list of weapons in addition to the extremely interesting Switchblade Tactical UAS, contains several other items that can qualitatively affect the balance of power on the battlefield - Defense Express estimates.

These include Puma Unmanned Aerial Systems and Laser-guided rocket systems. Some people even far from the military sphere may have a question: why the United States is handing over the drones to Ukraine, the One that Ukrainian Armed Forces allegedly has enough. But Puma UAS has one extremely important feature.

Read more: Armed Forces of Ukraine to Get New Batch of Weaponry from US: Pentagon Announces Additional $300M for Ukraine

Note that Puma UAS by AeroVironment is quite a well-known drone, which has already had been produced in batch of more than 1,000 units. The UAS is in service in 18 countries of the World - except the United States, Britain, Germany and France has the system in service.

In general, this is a small, classic UAV, which, at first glance, has no difference with dozens and hundreds of competitors. Even its characteristics are not surprising: 20 km range (up to 60 km using the additional LRTA communication system) and 5.5-6.5 hours in the air.

However, the main thing is really in the details. It differs from other UAVs by the presence of a suspended Mantis i45 gimbal sensor. This system, both in the daytime and thermal imaging versions, is equipped with a laser illuminator.

It makes it possible to use the most common type of high-precision weapons in the United States – missiles and rockets using guided laser beams.

The Armed Forces of Ukraine has the only drone with such a system in the service - Bayraktar TB2 UAS. Therefore, the appearance of an additional drone of "lower" level is not superfluous. Especially since laser-guided rockets are also going to be delivered to Ukraine in the same military aid package.

It should be emphasized at once that the US Department of Defense has not named a specific system of missile weapons with laser guidance. The original document used the term “Laser-guided rocket systems”.

And for the definition of weapons, most likely, the key word should be “rocket”, because it severely limits the list of weapons. Most majority of the vehicles used in the United States use the term missile. For example, the Hellfire II is a missile.

But the Hydra 70 unguided rocket projectile is already a “rocket”. And the only program to convert the one into a laser-guided missile system is the AGR-20 Advanced Precision Kill Weapon System (APKWS) by BAE Systems.

But it should be noted at once that APKWS in practice was actively used only by air platforms - aircraft and helicopters. Its integration into Ukrainian aircraft is quite a difficult task.

However, in 2020, BAE conducted a series of successful experiments with the launch of APKWS from terrestrial platforms.

The result is a rather interesting ground-based high-precision ground-to-ground system.

Therefore, as one of the options, Ukraine may become the first country in the World where the system will be used in a real battlefield. This will make it even easier for russians to die on Ukrainian soil because of their aggression. 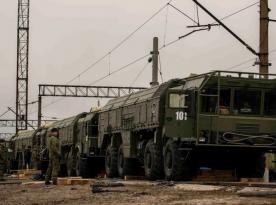 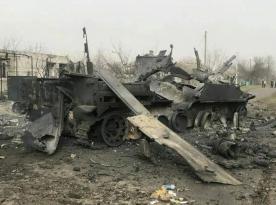 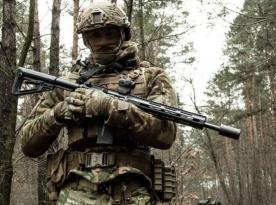