Current State of “The Latest” Weapons, Russia Threatens Ukraine With a “Big War”

Russia is making strong statements about the production of the modern weapons for a “big war” with Ukraine. What russia actually has?

It is said that Russia is preparing a “big war” using the latest weapons and equipment that have never been on the battle field yet. But it is mainly a kremlin's scary tale to spread panic and discouragement in order to make Ukraine negotiate.

In fact, the russian federation is working on technically “new” weapons for the ground forces. But the project has started before the full-scale invasion of Ukraine, so the “developments” are morally obsolete. And the mass production is not even on the horizon.

According to the kremlin’s plans before the full-scale invasion, the mass production of the T-14 Armata MBT and the T-15 Armata IFV was a part of one order of the Defense Ministry of russia.

Major general Alexander Shestakov, the head of the Main Automotive-Armoured Directorate of the Ministry of Defense of the russian federation, stated that the T-15 Armata IFV hadn’t passed the state tests yet, so they were postponed for 2023, as of November 2022. And russia haven’t even developed the conception of using T-15 Armata IFV on the battle field.

The Military-Industrial Commission of the russian federation claimed that the mass production of the T-14 Armata MBT was scheduled for 2023, as of December 2022. The first batch is expected in the number of 40 units. But the state tests are still not completed.

The 2S35 Koalitsiya-SV and the 2S42 Malva self-propelled howitzers

According to open sources, the russian army had 26 2S35 Koalitsiya-SV guns, as of the beginning of 2022. Russia claims that these howitzers can fire at 70 km by using the rocket-assisted projectile. But it’s not practically proved. Russia also stated that the 2S35 Koalitsiya-SV guns were used against the Armed Forces of Ukraine in summer 2021, but there was no visual evidence.

The Main Automotive-Armoured Directorate of the Ministry of Defense of the russian federation reported that state test were still not completed, as of November 2022.

The 2S42 Malva self-propelled howitzer still exists only as an experimental model. Its state tests and mass production are not on the horizon as well.

The JSC Kurganmashzavod (russian manufacturing company) stated that the mass production of the 2S25M SPRUT-SDM1 LAT was postponed in order to modernize it. According to the project, it should be “stuffed” with electronics that russia is in a shortage of.

The 2S42 Lotos self-propelled mortar system’s state tests were also postponed, as of the beginning of 2022. Obviously, russia don’t have the resources to include this system into the project.

Read more: "Algerian Tuning" for Terminator: russians Want to Modernize the IFV But Still Don’t Know Where to Put Them to Use 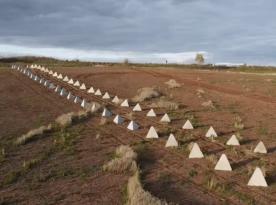 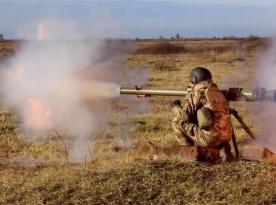