Day two since Russia has started a military operation in Ukraine. Russia is shelling Ukrainian cities, causing damage to the military and civilians. Fightings keep going across the whole country, from the north, through the east, and to the south. Ukrainian military bravely defend Ukraine's sovereignty – in the battle for Ukraine, for tomorrow, and for the safety of the whole World

- "The second day of the heroic defense of Ukraine against the Russian invasion has ended. ... Our air-defense forces are demonstrating a high level of military skill, shooting down modern enemy aircraft, helicopters, cruise missiles in the sky. The hundreds of human lives were rescued!"

- "The enemy did not reach the previously set strategic goals. His strength weakens. We are getting stronger!"

21:54 Minister of Defense of Ukraine, Oleksii Reznikov appealed to citizens of Russia, "especially to the wives, mothers girlfriends of Russian officers". He asked them to protest on the streets, demand the end of the war and keep their beloved away from battlefield:

"We know, that now Russia urgently takes to the army complete youngsters. That they want to deploy conscripts without basic military skills. That the contract servicemen are not told where they are going. And what is waiting for them... They are going to be killed from every window, in every Ukrainian city," said the Minister.

Defense Express memo: as a reminder, the day before a whole reconnaissance platoon of Russian forces surrendered. The commander said, they hadn't known, that they would have been deployed to fight in Ukraine.

Defense Express memo: Territorial Defense Forces are currently accepting all volunteers ready the defend their country, regardless of their age. Ukrainian authorities appeal to citizens to fights in every way possible.

20:27 All servicemen this year will receive a 30% salary increase. Minister of Defense of Ukraine Oleksii Reznikov signed an urgent Telegram, which provides for raising the money supply of servicemen of the Armed Forces of Ukraine from March 1, 2022. It is planned to establish a monthly bonus, increase the allowance for the peculiarities of military service.

Commander in Chief of the Armed Forces of Ukraine: since the beginning of the invasion Russian military lost 516 armored vehicles of various types, up to 80 tanks, 7 helicopters, 10 jets, up to 20 cruised missiles, over 100 automobile equipment, over 2800 servicemen. "Welcome to hell!" wrote the Commander.

19:15 Mykhailo Podoliak Adviser to the head of the Presidental Office of Ukraine: the key task for Russian forces is to corner Kyiv and the main cities of the east and south of Ukraine, said Podoliak. The official noted, that the Russian aggressor was using tactics including terroristic methods when residential areas were shelled. "To create chaos in the country, and on this background to create an interim administration" are Russia's plans, said the Adviser.

Also, he stated that President Volodymyr Zelenskyy was still in Kyiv. Ukrainian television broadcasted a video featuring Zelenskyy among other senior officials in the streets of Kyiv:

"We are here. We are in Kyiv. We defend Ukraine," wrote the President.

Defense Express memo: the President has stayed in the capital despite Russian tanks already having entered the city. Ukrainian Forces still defend Kyiv and the defense line wasn't broken.

17:58 Government of Ukraine: Minister of Healthcare Viktor Lyashko held a speech. According to him, Russian forces shoot at ambulance brigades. Also, the Russian military used weapons against medical workers at a psychiatric hospitalю All those actions violate the Geneva Conventions. "All of it is unacceptable," he stressed. The minister urged the world's human rights organizations to condemn such violations by the Russian invaders and stop the aggression. Over 50 people got to the hospital last night, he noted.

16:26 Commander in Chief of Armed Forces of Ukraine: "The bunkering vessel MILLENNIUM SPIRIT sailing under the Moldovan flag was damaged by the Russian ship in 12 miles on the way to the Pivdennyi Seaport. Details are being confirmed, there is no communication with the vessel," the Commander wrote on Facebook.

Interfax-Ukraine, citing the Ministry of Infrastructure of Ukraine: in the seaport of Pivdenny (Odesa region, Southern Ukraine) the vessel NAMURA QUEEN (carries out seafaring activities under the flag of Panama) is on fire after being hit by a rocket.

"According to the dispatchers of the port of Pivdenny, at anchorage No. 358, a missile hit the stern of the NAMURA QUEEN vessel," the press service of the Ministry of Infrastructure of Ukraine reported. According to the agency, the ship's rudder propeller group was damaged, and a fire started.

Ukrinform: The rocket was launched by Russian occupiers. P&O STAR tugboat arrived at the scene and is currently putting out the fire. The situation is under control.

15:26 Vitaliy Klitschko, head of the Kyiv City State Administration: "The situation is difficult and tense. Today, Russian army attacked Kyiv. After 4 AM missile strikes hit residential areas of Kyiv. A residential building was severely damaged because of the rocket shrapnel... Four residents were wounded. Also, a civilian – an elderly man – was hurt due to the Russian tank running into a private automobile. He is in the intensive care at the hospital in a serious condition," wrote the official on Facebook.

"The city has entered defense phase. Shots and explosions ar heard in some areas of the capital. Ukrainian servicemen are neutralizing Russin sabotage groups," said the head of Kyiv. 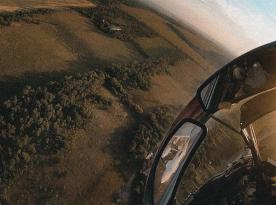 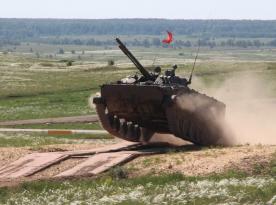 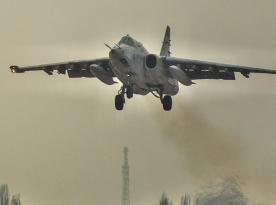