According to the General Staff of the Armed Forces of Ukraine release, Ukrainian anti-aircraft missile forces yesterday destroyed 6 air targets; one of them was aircraft Retranslator IL-22

The General Staff of the Armed Forces of Ukraine in morning report said that Ukrainian anti-aircraft missile forces destroyed 6 air targets: three aircraft (SU-34, SU-35 and aircraft Retranslator IL-22), one helicopter and two winged missiles for the previous day. As for the airborne control air point on the basis of IL-22, it became known that the aircraft was damaged, cabin was depressurized, the pilots were accidentally planted at the Rostov airfield.

The Armed Forces of Ukraine continue to prevent the activities of the enemy aviation in certain directions, carry out coverage of shock groups, bombarding and assault aviation. 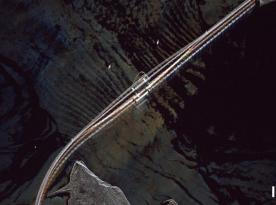