The occupiers fired on 16 settlements in Donetsk and Luhansk oblasts, destroying and damaging 39 civilian objects, including 36 houses, a school, a kindergarten, a power line. As a result, at least 3 civilians were killed and seven others were injured. Data on the exact, one person were dead and 6 were wounded.

Ukrainian fighters repulsed 11 enemy attacks in the Joint Forces Operation (JFO) area over the past day.

As Defense Express reported, about, 31360 agressor's troops eliminated, 1067 air targets (excluding cruise missiles) of invaders were shot down, thousands of tanks, armored vehicles and tracks were destroyed by defenders of Ukraine.

Read more: 104 Days of the War: Russian Casualties in Ukraine 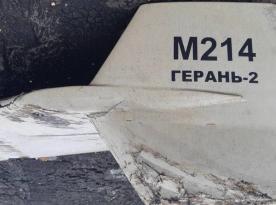