russian president vladimir putin on September 21 signed a decree on "partial mobilization," that kicked off immediately. After that russian Defense Minister sergey shoigu has announced that 300,000 reservists would be mobilised in russia

Internal resistance to mobilization is increasing in russia amid such a decision of country's authority. The Forum of Free Peoples of Post-Russia appealed to all peoples and regions of the current russian federation. According to the special address, that was spreaded on Facebook pages of this organisation, decision to mobilize and use nuclear weapons, has created a direct mortal threat to all residents of the russian rederation.

Read more: Mobilization Readiness of the russian Army: From Operational Readiness Units to Reserve Units And Why It Is Important

The ruling regime of imperial war criminals has created a direct mortal threat to all residents of the russian federation.

As was emphesased in address "in the fire of the senseless war unleashed by the Kremlin's imperials, in which the Russian army suffers huge losses and is defeated, tens of thousands more people will burn - someone's sons, husbands, brothers". This is part of the imperial policy of genocide.

In this regard, The Forum of Free Peoples of Post-Russia called for resist to regim: to avoid mobilization by all means, to evade conscription, to destroy documentation in military registration and enlistment offices, and in the event of a call to surrender to the Armed Forces of Ukraine.

Read more: ​Mobilization in russia May Affect Hundreds of Thousands Already in the First Days 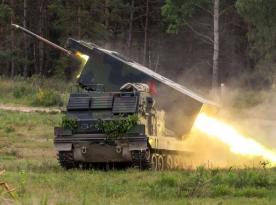