Over the years of confrontation, Ukrainian Navy sailors and commanders alike have learned and gained much experience in how to counter hybrid adversary tactics and to use available resources and capabilities to best effect. But it’s crucial that hybrid tactics be identified and neutralized in advance in order to prevent negative effects from such adversary actions.

Hybrid warfare at sea being waged by Russia in Ukraine’s Crimea and other Black Sea littoral areas began in 1991 and assumed its current character in 2014-2019, i.e. the years of Russia’s military intervention in Ukraine.

Between 1991 and 2014, the Russian Federation was taking the following hybrid warfare actions in Ukraine’s Crimea and other Black Sea littoral areas:

Thus, Russia had created conditions that made it impossible for the Ukrainian side to adequately respond to Russian threats and actions. As a result, the Russian Federation has been able to partially achieve its strategic objectives - to destabilize Ukraine and create conditions for getting it back under Moscow’s political control. However, the goal of full-scale destabilization hasn’t been achieved other than in Crimea and in some areas of Donetsk and Luhansk provinces.

From the onset of Russian military incursion in Ukraine in February 2014, the Russian Federation has progressively expanded the hybrid influence it wielded on the security situation, especially in the Azov/Black Sea region.

In 2014, Russian forces, dressed in unmarked uniforms and using means of hybrid warfare, illegitimately occupied the Ukrainian peninsula of Crimea. While claiming "they were not there", they performed strikes against government forces deployed in Eastern Ukraine, and in particular they attacked and destroyed two Ukrainian border guard boats, one in August 2014 and another one in June 2015. In the time afterward, Russian Navy ships and boats staged ‘shows of force’ maneuvers off Ukraine’s coast near the city of Mariupol.

At sea, the Adversary is currently conducting hybrid warfare activities that combine information attacks, cyber attacks, and misinformation of both Ukrainian and international public with intimidating shows of force, measures of economic pressure, as well as actions aimed to worsen social tensions in Ukraine and to frustrate daily activities of the Ukrainian Navy.

In order to ensure continued influence over Ukraine, Russia makes an extensive use of a ‘hybrid warfare’ technique aimed to disrupt Ukraine’s economic activity at sea while simultaneously boosting own presence in the Sea of Azov:

- in May 2018, Russia completed the construction of the Kerch (more commonly known as Crimean) Bridge, whose fairway arch is too low for big, Panamax-class bulkers;

- indiscriminate stoppages and temporary detentions of merchant ships heading to the Azov Sea ports, resulting in a 20-30% reduction in freight turnover at the Ukrainian ports of Mariupol and Berdyansk;

- in 2018, the Adversary country completed formation of an interagency task force "to protect the Kerch (Crimean) Bridge and seize control of the traffic in the Sea of Azov and through the Kerch Strait";

- the Russian task force in the Sea of Azov was, in 2018, reinforced to include artillery boats transferred from the Caspian Fleet.

After having allowed two Ukrainian military vessels to pass through the Kerch Strait and into the Sea of Azov in September 2018, the Adversary yet again showed off its “strategy of limited actions” on November 25, when it attacked and seized three Ukrainian Navy vessels, including two latest gunboats and a tugboat with crews.

This operation saw the following developments: (1) A Russian border guard ship intentionally stroke and rammed into the Ukrainian tugboat several times in an attempt to block its course toward the Strait. The tug sustained numerous damages to its hull as a result of the ram attacks. (2) The Russians then anchored a large cargo vessel under the Kerch Strait Bridge to physically block access to the strait. (3) The Ukrainian Navy vessels lose communication with their headquarters as a result of Russian electronic warfare attacks. (4) One of the gunboats, the Berdyansk, sustained a damage to its pilothouse when it had taken fire from a Russian vessel while outside of the 12 nautical mile limit area. (5) The vessels came under attack from Russian combat choppers. (6) FSB Special Forces soldiers assaulted and seized the Ukrainian vessels, which were then towed to the Kerch harbor.

In 2019, the Adversary expanded its hybrid warfare operations in the Black Sea. Particularly in August, Russia closed for shipping over 25 percent of the Black Sea’s area, thus severely disrupting international navigation and frustrating the Ukrainian Navy’s daily operational activities.

In general terms, a review of recent developments in the Black Sea and the Sea of Azov allow the following conclusions to be reached:

- the Russian Federation is expanding the use of hybrid warfare means and techniques in order to wield pressure over Ukraine militarily, in particular by making a hybrid use of newly deployed force groupings;

- by waging hybrid warfare at sea the Adversely is seeking to disrupt normal economic activity in Ukraine and to cause a frustration of international sea shipping in Ukraine’s area of responsibility, and hence to achieve a worsening of social and economic tensions in littoral provinces and in Ukraine overall and to undermine the international reputation of Ukraine insofar as it relates to its ability to secure compliance with international maritime law.

What to expect from Russia in the future?

At present, the situation in the temporarily occupied Autonomous Republic of Crimea, the city of Sevastopol, Ukraine’s territorial waters around Crimea and exclusive (maritime) economic zone in the Black Sea, the Sea of Azov, as well as the Strait of Kerch involves Russia’s continued action as part of its "strategy of limited actions", based on coordinated interagency collaboration. Russia, as before, will maintain permanent military and naval presence in areas adjoining Ukraine, including the territorial waters of Ukraine, and will maintain control of maritime economic facilities it has seized from Ukraine.

It is clear that Russia will seek to militarize Crimea further and to obstruct the armed forces and other institutions of Black Sea members of NATO from activities for ensuring and enhancing international security, supporting the objectives of NATO-Ukraine and NATO-Georgia partnerships, and bolstering NATO’s defense capabilities in the region.

Expert reviews suggest that the Russian Federation is beefing up the capabilities of its newly organized interagency/joint task forces deployed in Crimea and the Black/Azov Seas, by fielding the forces with the latest military weapons and equipment systems tested in real-world combat deployments in Syria.

Thus, expert reviews of the situation in the region suggest that, in the short to medium term, the Russian Federation will continue its military intervention in Ukraine. This intervention will be in the form of hybrid warfare influence in order to undermine Ukraine's ability to secure and defend itself, to bring Ukraine back under Russia’s political control, and to prevent its Euro-Atlantic integration. 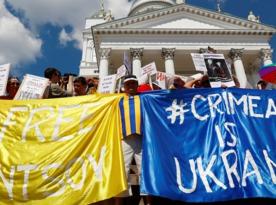 The future through the prism of the past 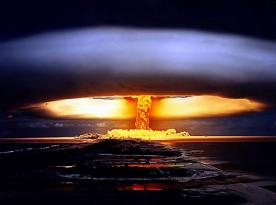