The most important from Kyrylo Budanov's interview for The Nation.

Yesterday American The Nation published the interview with Chief of the Defense Intelligence (GUR) of Ukraine Kyrylo Budanov. General Budanov is a representative of the new generation of Ukrainian officers to whom NATO officers are closer than their Soviet predecessors. He took part in special operations in the russian-occupied Crimea, due to which in 2019 he was assassinated by russian special services.

The appointment of Kyrylo Budanov by the President of Ukraine in 2020 to the position of the Chief of the Defense Intelligence of the Ministry of Defense of Ukraine by the community was critical of his age, as Kyryl Budanov is 36 years old.

Once in office, he went about his work building links with intelligence agencies from the United States to Turkey, and focusing on making Ukraine’s intelligence service less hierarchical and more horizontally integrated. The Head of the U.S. National Security Agency recently said that since the beginning of the war, the exchange of intelligence with Ukraine has become "revolutionary."

During the interview, Kirill Budanov said that the prospects for peace, despite the negociations, remain cloudy. He was disinclined to trust the russians - “the russian side has never been predictable in a case of negotiations” - and struck a defiant note: “Our country understands with whom we are dealing, and we don’t expect any miracle here. We are dealing with an army of criminals, of looters, of mercenaries, and we are ready to fight and win.”

“Russian command has made miscalculations many times, and we use these miscalculations,” - Budanov said. “The Ukrainian army has shown that the russian army as the second army in the world is a big myth, and it’s just a medieval concentration of manpower, old methods of warfare.”

One of the keys to the Ukrainian forces’ effectiveness in the current conflict, Budanov said, has been intelligence gathering. “We have lots of informers within the russian army, not only in the russian army, but also in their political circles and their leadership,” - said Budanov . “In November, we already knew about the intentions of the russians, and you can see that everything came through. As for the date, it changed several times.”

During the interview, the Chief of the GUR of the Ministry of Defense of Ukraine noted that the Ukrainians were tracking Chechen forces fighting for russia on the territory of Ukraine using their cell phones and human intelligence sources.

“We have many informers inside the Chechen ranks. As soon as they start preparing any operation, we know that from our informants,” said Budanov. “When the war started, russia underwent lots of casualties, and most of these people didn’t even manage to approach Kyiv.”

The war has entered a new phase, Budanov said, one in which the Russians have begun to shell Ukrainian cities and avoid ground clashes. “Russians are cowards because they bombarded and shelled our peaceful people, our hospitals, our drama theatres, maternity houses”.

The Chief of the GUR of the Ministry of Defense of Ukraine noted that one of the important tasks of the Ukrainian military intelligence is to organize a guerrilla movement in the enemy's rear. Refusing to give details of such a movement, Kyrylo Budanov said that it is "a very large number of people" and added: "I will say that spring will soon come, our forests will turn green, and the real hell will open for the aggressor." 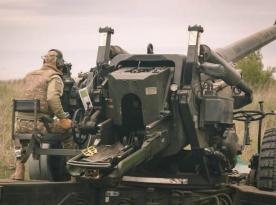 New FH-70 Howitzers on the Way from Italy to Ukraine 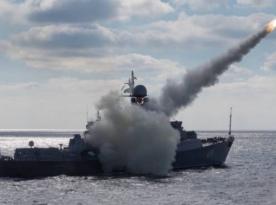 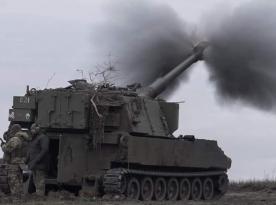