A few days ago, The Wall Street Journal stated that the United States had sent to Ukraine "modified" M142 HIMARS rocket artillery systems that cannot use long-range missiles and strike targets in russian territory. What kind of "modification" was used, the American newspaper did not detail, as well as kept the source unnamed.

The statement by the WSJ caused worries both in America and Ukraine. Then, The Drive suggested the ways in which HIMARS could’ve been altered, though those can hardly be considered any specific.

Read more: ​A New Tool for Ukraine’s HIMARS to Hit russians at 160 km: When Ukraine Can Get Such Ammunition

The author of The Drive admits he's not familiar with all the peculiarities of the fire control system inside the M142 HIMARS, particularly the difference between the firing modes when launching GMLRS or MGM-140 ATACMS.

That said, they suggest three possible variants: a) the Ukrainian forces received M142 HIMARS with a "simplified" software without the function to guide ATACMS; b) the fire control equipment was set in a way so that when trying to guide a rocket on locations in russia, the missile did not accept the data and saw a "blind spot" instead; c) the launchers were physically altered to prevent the launch of ATACMS, even if a container with this type of missile is loaded.

The Drive journalist makes a note though, that The Wall Street Journal might’ve made a mistake, and meant the political restrictions on the use of M142 HIMARS against the territory of russia, and the idea behind the article was to facilitate the potential supplies of ATACMS to Ukraine.

On the part of Defense Express, this entire story about the "modification" of HIMARS looks exaggerated. There are no any known provisions of ATACMS to Ukraine yet, so the restriction is on even without additional adjustments to the rocket launcher itself. This article by WSJ should be viewed as an illustration of how fierce is the debate in the USA regarding the supply of any given weapon to the Ukrainian army.

If we take the discourse around the HIMARS alterations seriously, clearly the modification must be in software, namely the fire control programs indeed don’t have the option to fire ATACMS missiles. Moreover, there is data that the Armed Forces of Ukraine received HIMARS with "limited" software anyway, because there is no Link 16, the NATO communication system, and no access to the NATO unified automated fire control system.

All the more, the software solution is the usual control tool for the United States in similar situations, for example, to ensure that the countries-users of HIMARS wouldn’t try to use the system to launch "unlicensed" guided missiles.

Read more: ​Estonia Had Enough of russia’s Iskander Systems On Its Doorstep and Ordered HIMARS With Ballistic Missiles 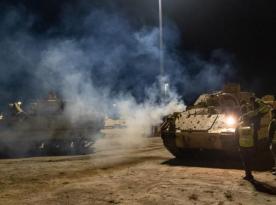 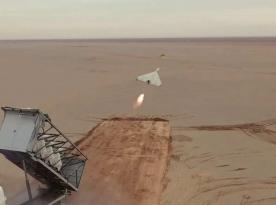 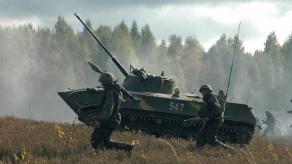