This was announced today in Lublin by Minister of Defence of Ukraine Andrii Taran, during a celebration speech on the occasion of the 5th anniversary of the founding of LITPOLUKRBRIG named after Great Hetman Kostiantyn Ostrozkyi.

According to him, during its existence LITPOLUKRBRIG has become a factor of peace and stability in the region of Central and Eastern Europe. This, noted Andrii Taran, is especially relevant today, when the Russian Federation is waging war against Ukraine for the seventh year in a row.

Minister of Defence of Ukraine wished the personnel of LITPOLUKRBRIG success in conducting combat training activities and achieving a high level of skill and readiness for deployment. Minister is convinced; LITPOLUKRBRIG has become a quality platform for Ukrainian officers to gain practical experience in operating a multinational unit according to NATO standards.

"In the context of Russian aggression, it is extremely important that as many Ukrainian officers as possible have the opportunity to master the Alliance's staff procedures and standards for further implementation in daily activities of the Armed Forces of Ukraine. And the combat experience gained by Ukrainian soldiers in the East of Ukraine should be extremely interesting for Polish and Lithuanian partners,"- emphasized Ukrainian Defence Minister.

He held a meeting with the Minister of National Defence of the Republic of Lithuania Raimundas Karoblis.

"We are grateful to Lithuania, a good friend and reliable partner who helps us to ensure peace, stability and security in the region. We highly appreciate Lithuania's support for Ukraine's strategic course towards NATO membership,”- stressed Andrii Taran.

It was noted that the Republic of Lithuania provides full support to Ukraine in countering Russian aggression. In particular, it concerns training and advisory assistance to the Ministry of Defence and the Armed Forces of Ukraine.

During the meeting of Andrii Taran with the Minister of National Defence of the Republic of Poland Mariusz Błaszczak, the priorities of bilateral defence cooperation and the current military-political situation in Ukraine and the region of Eastern Europe were discussed. In addition, Minister of Defence of Ukraine addressed his Polish counterpart with a proposal to share the experience of re-equipping the Polish Armed Forces with new modern types of Western-made armament and military equipment.

"We are closely looking how Poland is rearming its army, replacing obsolete Soviet military equipment with new Western-made armament, including its own. Ukraine must follow the same path. We are ready to agree with you on the terms of practical acquaintance of Ukrainian specialists with the procedure for planning, organizing and conducting defence procurement, taking into account NATO practices,”- stressed Andrii Taran.

Also, during the bilateral meetings, Minister of Defence of Ukraine informed Raimundas Karoblis and Mariusz Błaszczak about the current security situation in the East of Ukraine, as well as in the Joint Forces operation area. He stressed that the Ukrainian side adheres to the agreements reached within the Trilateral Contact Group, despite repeated violations by the Russian occupation troops. Speaking about countering Russian hybrid threats, he focused on conducting large-scale exercises in Ukraine with the participation of foreign partners "Joint Endeavour - 2020" as an asymmetric response to Russia's military exercises "Caucasus - 2020".

Minister of Defence of Ukraine invited his Lithuanian and Polish counterparts to pay an official visit to Ukraine next year. 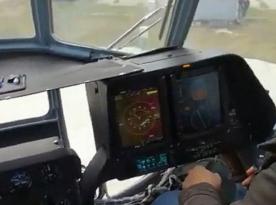